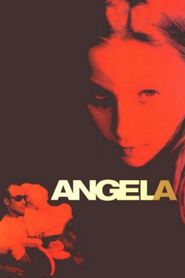 Here you will find out the exact Angela 1995 film release date and the full information about its cast and crew. Also you may find high quality pictures and hd wallpapers of the movie. If you have already watched Angela please rate it and leave your review to help other users to know if this movie worth their attention.
Year: 1995
Country: United States
Release date:

26 January 1996
Genre: Drama
Director: Rebecca Miller
Cast: Miranda Stuart Rhyne, Charlotte Eve Blythe, Anna Levine Thomson, John Ventimiglia, Ruth Maleczech, Vincent Gallo, Garrett Bemer, Peter Facinelli, Hynden Walch, Henry Stram
Duration: 99 min. / 01:39
Description: A ten year old girl named Angela leads her six year old sister, Ellie, through various regimens of 'purification' in an attempt to rid themselves of their evil, which she believes to be the cause of their mother's mental illness. Precocious, to say the least, Angela has visions of Lucifer coming to take her and her sister away, and one of her remedies for this is for them to remain within a circle of their dolls and toys until they see a vision of the virgin Mary come to them. But such thinking can only lead to an ending befitting of her own mental state.
-
Rating: No one has voted
Your rating:
http://film.moviesfan.org/c/andjela-168088/ 5940
IMDb Rating:
6.5
569 votes. 569 10 1

Creators of the movie
Rebecca Miller

The Private Lives of Pippa Lee
For the fans of the genre like drama and who likes director Rebecca Miller this movie will become a real present! Check the Angela crew and synopsis, watch pictures and high resolution wallpapers. If the premiere of this movie has already taken place then IMDB rating and users reviews will help you to understand if you should watch this movie in the cinema or buy DVD.