The Fate of the Furious movie cast and synopsis.

The Fate of the Furious 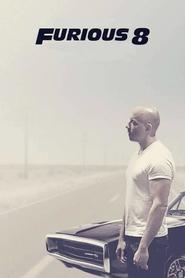 Here you will find out the exact The Fate of the Furious 2017 film release date and the full information about its cast and crew. Also you may find high quality pictures and hd wallpapers of the movie. If you have already watched The Fate of the Furious please rate it and leave your review to help other users to know if this movie worth their attention.
Year: 2017
Country: United Kingdom, Canada, United States, France, Japan
Release date:

12 April 2017
Genre: Action
Categories: About racing
Director: F. Gary Gray
Cast: Vin Diesel, Dwayne Johnson, Charlize Theron, Jason Statham, Scott Eastwood, Kurt Russell, Michelle Rodriguez, Jordana Brewster, Helen Mirren, Nathalie Emmanuel
Duration: 136 min. / 02:16
Description: Now that Dom and Letty are on their honeymoon and Brian and Mia have retired from the game and the rest of the crew has been exonerated-the globetrotting team has found a semblance of a normal life. But when a mysterious woman seduces Dom into the world of crime he can't seem to escape and a betrayal of those closest to him, they will face trials that will test them as never before. From the shores of Cuba and the streets of New York City to the icy plains off the arctic Barents Sea, the elite force will crisscross the globe to stop an anarchist from unleashing chaos on the world's stage... and to bring home the man who made them a family.
7.7
Rating: The average rating is calculated on the basis of 6 votes.
Your rating:
http://film.moviesfan.org/c/forsaj-8-358826/ 8160

← All The Fate of the Furious pictures
Share with friends:

Friday
For the fans of the genre like action and who likes director F. Gary Gray this movie will become a real present! Check the The Fate of the Furious crew and synopsis, watch pictures and high resolution wallpapers. If the premiere of this movie has already taken place then IMDB rating and users reviews will help you to understand if you should watch this movie in the cinema or buy DVD.