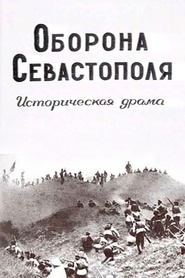 Here you will find out the exact Oborona Sevastopolya 1911 film release date and the full information about its cast and crew. Also you may find high quality pictures and hd wallpapers of the movie. If you have already watched Oborona Sevastopolya please rate it and leave your review to help other users to know if this movie worth their attention.
Year: 1911
Country:
Release date:

9 December 1911
Genre: Military
Director: Vasili Goncharov, Aleksandr Hanjonkov
Cast: Andrei Gromov, Ivan Mozzhukhin, V. Arentsvari, Pavel Biryukov, Boris Borisov, Aleksandra Goncharova, A. Gorin-Goryainov, Vladimir Maksimov, Olga Petrova-Zvantseva, N. Semyonov
Duration: 100 min. / 01:40
Description: First film ever that was shot by two cameras. Set in 1854-1855, in Sevastopol and Yalta during the Crimean War. Admirals Kornilov (Mozzhukhin) and Nakhimov (Gromov) organize the defense during the siege of Sevastopol. Both admirals are killed during the battle, and the city of Sevastopol is taken by the alliance of British, French, Sardinian, and Turkish troops. The legendary feat of Sailor Koshka (Semenov) was staged at original location. The 100 minute-long film was premiered in 1911 at the Livadia, Yalta, palace for the Tsar Nicholas II.
-
Rating: No one has voted
Your rating:
http://film.moviesfan.org/c/oborona-sevastopolya-222488/ 6000
IMDb Rating:
5.4
23 votes. 23 10 1
Share with friends:

Creators of the movie
Vasili Goncharov

Jizn i smert Pushkina
For the fans of the genre like military and who likes director Vasili Goncharov, Aleksandr Hanjonkov this movie will become a real present! Check the Oborona Sevastopolya crew and synopsis, watch pictures and high resolution wallpapers. If the premiere of this movie has already taken place then IMDB rating and users reviews will help you to understand if you should watch this movie in the cinema or buy DVD.