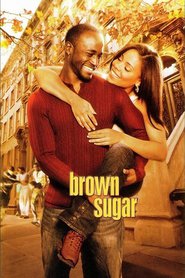 Here you will find out the exact Brown Sugar 2002 film release date and the full information about its cast and crew. Also you may find high quality pictures and hd wallpapers of the movie. If you have already watched Brown Sugar please rate it and leave your review to help other users to know if this movie worth their attention.
Year: 2002
Country: United States
Release date:

5 October 2002
Genre: Drama
Director: Rick Famuyiwa
Cast: Taye Diggs, Sanaa Lathan, Yasiin Bey, Nicole Ari Parker, Boris Kodjoe, Queen Latifah, Erik Weiner, Reggi Wyns, Wendell Pierce, Kool G. Rap
Screenwriter: Michael Elliot, Rick Famuyiwa
Producer: Peter Heller, Trish Hofmann, Magic Johnson
Operator: Jeff Burnett
Composer: Robert Hurst, The Soul Project, Labi Siffre, Jaguar Wright, Felix Mendelssohn-Bartholdy
Duration: 109 min. / 01:49
Description: Sidney is a writer who's just left her L.A. Times music review gig to edit New York hip-hop magazine XXL. Dre is an executive with a hip-hop record company based in New York. They've known each other since they met as children, when both discovered hip-hop for the first time. Now that they're back together, they should be perfect for each other, except that Dre's about to marry lawyer Reese and Sidney claims not to be interested in Dre romantically. Meanwhile, Dre is growing increasingly restless with his company's focus on profit over artistry, which leads to signing the gimmicky duo Ren and Ten while ignoring the talented Chris
-
Rating: No one has voted
Your rating:
http://film.moviesfan.org/c/temnyiy-sahar-281215/ 6540
IMDb Rating:
6.4
4,607 votes. 4607 10 1

Creators of the movie
Rick Famuyiwa

Brown Sugar
For the fans of the genre like drama and who likes director Rick Famuyiwa this movie will become a real present! Check the Brown Sugar crew and synopsis, watch pictures and high resolution wallpapers. If the premiere of this movie has already taken place then IMDB rating and users reviews will help you to understand if you should watch this movie in the cinema or buy DVD.